In December 2019, Dr. Gelfman published a very interesting article in Jama Cardiology entitled The David sign (Gelfman, 2020), explaining his observation in Michelangelo’s David’s neck, in the Accademia Galleria. We read with great interest this paper, in which he affirmed the external jugular vein on the right side of David’s neck was distended well above his clavicle, a fact that led him to observe the same finding in the sculpture of Moses at the tomb of Pope Julius the Second. He realized, based on careful clinical observation, a temporary jugular venous distention must be noticed in healthy individuals when they are excited, and the fact that Michelangelo tried to transmit a message about the capacity of the artist understanding clinical signs and expressing them in his artwork. Inspired by his reflection, we started further investigations that led us to discover a possible nodular goiter in David’s neck, which would explain his distended external jugular vein.

We reviewed multiple pictures of David’s neck, from multiple angles and perspectives, and we

observed, as Dr. Gelfman claims, a young and extremely muscled healthy man, without any external sign of disease, excitation or violent expression on his face. At first look, we saw this patent and normally sized EJV, but with a more careful observation, we also discovered a possible nodular goiter just below Adam’s apple. That moved us to investigate about that EJV and the nodular goiter in David’s neck, that had not been previously described.

David’s EJV can be considered as normal, especially in muscled necks in case of heavy efforts or angry expression. In fact, we are used to seeing it in Djokovic’s or Nadal’s necks (Fig. 1) and we dare say they are not cardiac patients.

A different finding is a distended, dilated or tortuous EJV, which indicates chronic high central venous pressure (CVP) as an indirect sign of cardiac disfunction or intrathoracic goiter, similar to the left EJV from God’s neck in the Sistine Chapel (also painted by Michelangelo), which has never been reported before (Fig. 2).

Gelfman exposes that David sign is useful to evaluate central venous pressure (CVP), not only in pathological situations, but in healthy patients in an excited state.

Sankoff and coworkers (Sankoff and Zidulka, 2008) described a method to determine CVP indirectly explaining the meaning of the incomplete emptying of the EJV due to three reasons: 1) sclerotic valves, which prevent emptying in a patient with normal CVP, 2) venous occlusion by a fascial flap at the distal end (resembling the muscle contraction during an excited or angry expression), and finally (3) a really elevated CVP. The relevance of CVP pressure is an indirect marker for intravascular volume. In Sankoff’s series, the EJV was easily identifiable in nearly 70% of the patients, corresponding: 11 cases to high CVP and 17 cases to normal CVP. Therefore, a visible EJV should not always be considered a synonym of cardiac dysfunction: a distended EJV may be a consequence of a physiological, positional (muscle contraction) or pathologic condition (as a result of cardiac disfunction or as a consequence of an intrathoracic goiter).

Moreover, normal diameter of EJV investigation in thirty adult cadavers dissection, found an average EJV median diameter of 5.6 +/- 1.9 mm at the crossing line of the laryngeal prominence (Lee et al., 2019), and this should be considered a normal EJV diameter in healthy individuals as the one in David’s neck.

As Gelfman explained, the David was completed by 1504, while the mechanism and structure of the circulatory system was described by William Harvey (1578-1657) on 1628. Although it was preceded by the publication of Miguel Servet (1509-1553), this was never mentioned or recognized in physiology texts. Later, in 1924, the Egyptian physician Dr. Muhyo AlDeen Altawi discovered a writing from Ibn al-Nafis, entitled Commentary of Anatomy in the Cannon of Avicenna, where the description of pulmonary circulation  was based on Galen’s speculations (IIAC) (Hajar Albanali, 2005), but not in anatomic dissections.

Dr. Gelfman argues that, before the battle with Goliath, the sculpture shows tension. In the author’s opinion, it is not clear that any tension can be found in David’s countenance, but clearly his eyes show a definitive sadness. This fact contrasts clearly with Moses’s regard (with an angry mien) at the tomb of Pope Julius the Second. From our point of view, the EJV from David should not be correlated with any expression of anger or temperament. Moreover, when we reviewed Michelangelo’s portraits, we could recognize David’s sad look as Michelangelo’s usual expression in portraits (Fig. 3).

It is, therefore, a brilliant finding to discover that he was able to capture a clinical sign as a single frame that would convey the future situation of the battle, but it would also be a very interesting discovery that Michelangelo may have represented the David with a nodular goiter. He had anatomic training (Sterpetti, 2019), and was a perfectionist, obsessed with anatomy. As a native young Tuscan, where goiter was endemic, he was familiar with its clinical appearance. Moreover, he also saw goiter from an anatomical context, as he had his very own dissecting room at the Church of Santo Spirito in Florence, where a friendly prior provided him with corpses for studies of anatomy (Condivi, 1976; Vasari et al., 1998). Related to this idea, a distended EJV may be associated to nodular or intrathoracic goiter, although not visible. A plurifactorial origin of David’s EJV may be explained by a positional factor, with his neck turned left, his nodular goiter, and the tension of his body secondary to the contrapposto performance of the sculpture, a technique which gives a feeling of movement: his left arm up, right arm down and backward, and a Valsalva secondary to the different position in his legs (one on the back and one in the front with all his abdominal wall contracted). Michelangelo’s David is captured in movement like in a photogram, and frozen at the moment before lifting the stone. And we could not find previous any mention to or writing about the theory of a distended EJV secondary to a nodular goiter in Michelangelo David’s neck.

As Dr. Gelfman comments in the article that led us to write this paper, careful observation is one of the main tools of medicine. It was in 1504, and it is still today, as it remains the mainstay contribution to early diagnosis avoiding unnecessary explorations. From now on, we will remember David sign (by Gelfman) in patients with a patent or distended EJV, mainly in individuals in an excited state preparing to face their own Goliaths (Gelfman, 2020).

Another comment of Dr. Gelfman includes the Sistine Chapel, painted during the winter of 1511 and October 1512 (after David), and the concealed anatomical image in God’s neck in the Separation of Light from Darkness (the Big Bang of the Renaissance universe), which has been interpreted as a goiter (Bondeson and Bondeson, 2003) in God’s neck. God’s huge EJV is clearly different from the normal caliber EJV of the sculptured David called by Dr Gelfman “The David Sign”, although he did not realize as previous author the pathologic left EJV of God from the Sistine Chapel.

This interpretation has been challenged by Suk and Tamargo (2010). Whether goiter is visible (Grade 3 OMS classification) or not (Grade 2), both may be associated with a retrosternal extension. In these cases, the Marañón maneuver published in 1926 comprises a hyperextension of the neck associated to upright arms in a U-like fashion round the neck (as God was painted by Michelangelo). If there is a retrosternal goiter, the chronic ingurgitated external jugular vein refills fully with blood: it may not be easily palpable during clinical exploration. That would explain the huge EJV in God’s neck, which has never been noticed by other authors and shows the result of the Marañón/Pemberton’s maneuver.

Pemberton’s sign was described in 1946, but preceded by G. Marañón’s description in Spain in 1926. Pemberton’s sign (Pemberton, 1946; Basaria and Salvatori, 2004) extended in the medical literature since his letter in The Lancet entitled “Sign of Submerged Goiter”. In his own words: “That is a useful sign given by an intrathoracic goiter, which has been used and taught for many years. Doubtless the sign has been described before and even bears a name, but we are unaware of it” (he didn’t remember/know Marañón).

In conclusion, we want to thank Dr. Gelfman for his observational clinical note on David sign, which triggered our commentaries and investigation. In his article, Gelfman argues that, by means of David’s sculpture, Michelangelo tried convey a message about the capacity of the artist for understanding clinical signs and expressing them in his artwork. It led us to think that, in David sign, the EJV was normal, David’s expression was sad but not angry, and we have discovered a possible nodular goiter never described before in association to the contrapposto, which helped to fill his normal EJV. We have also discovered the pathological distorted EJV of God in the Sistine Chapel, which could indicate a not visible intrathoracic goiter never previously commented. Finally, we have dusted off from libraries and memories the real owners of pulmonary circulation description, mainly Miguel Servet and Ibn al-Nafis, and also the first report of Pemberton maneuver by Dr. Marañón, who anticipated Pemberton in 20 years. 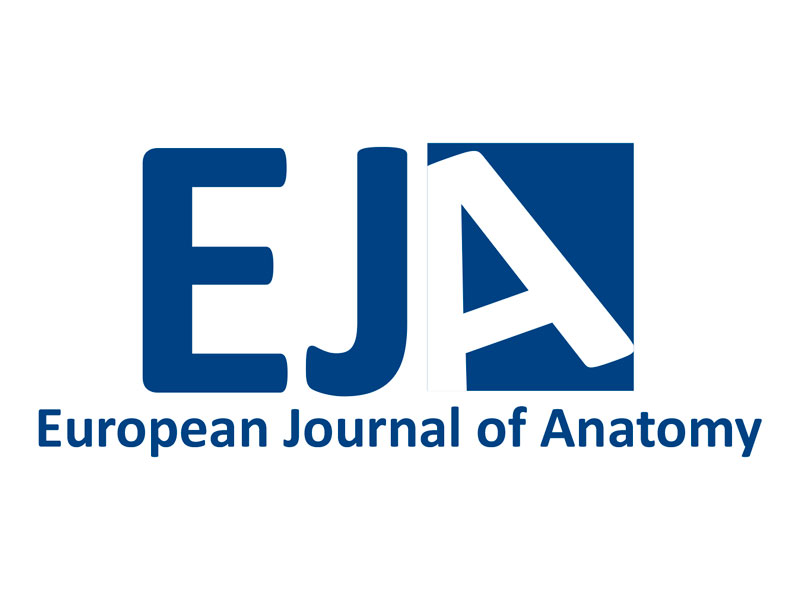 Anatomy and the future: opportunities as translational science 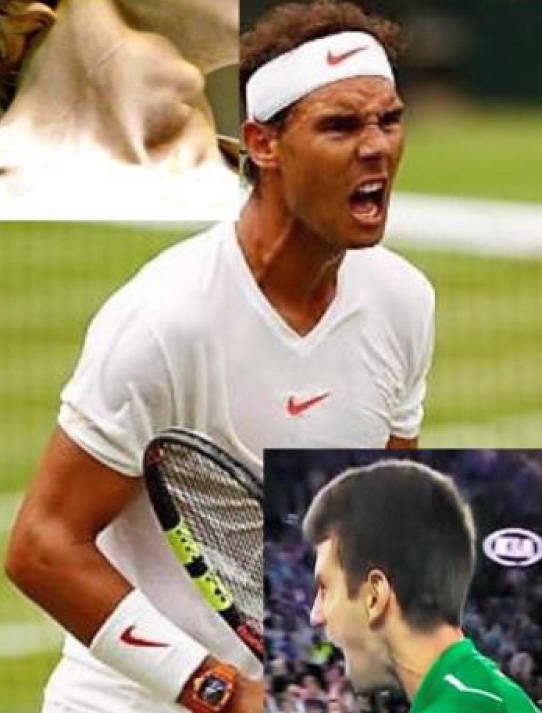 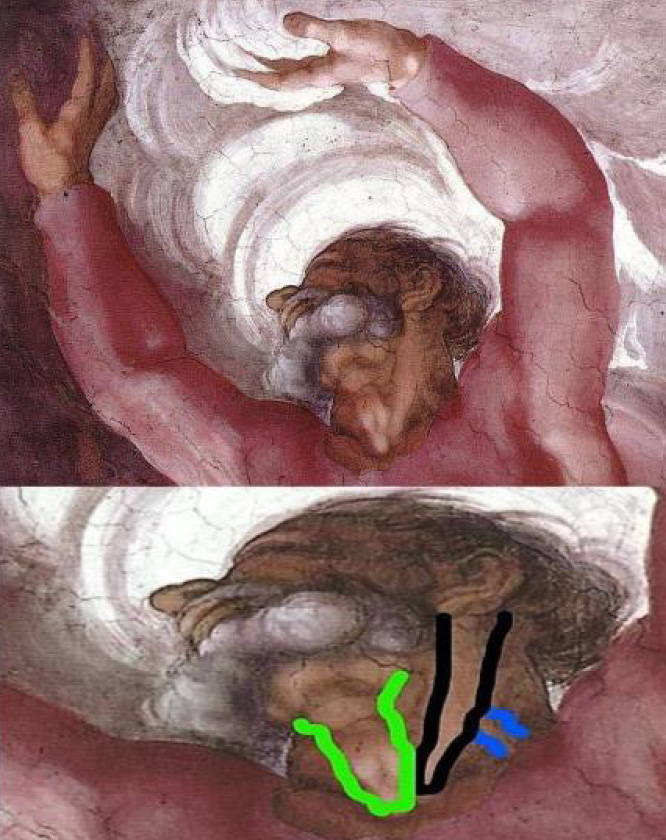 Fig. 2.- Left EJV from God’s neck in the Sistine Chapel. 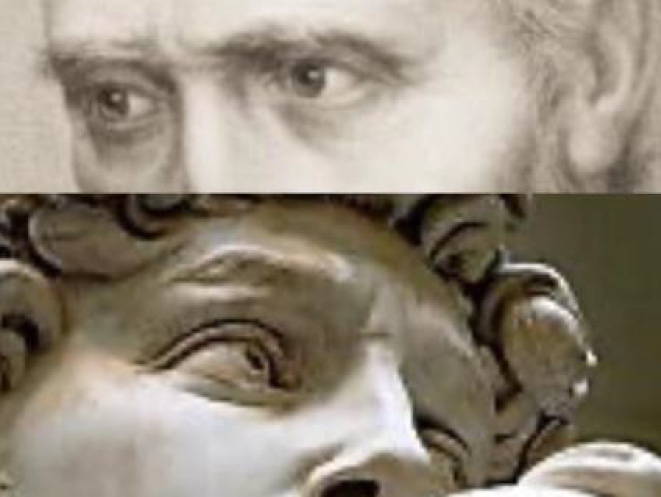 Fig. 3.- David’s sad look as the usual Michelangelo appearance in the portraits.

SUK I, TAMARGO RJ (2010) Concealed neuroanatomy in Michelangelo’s separation of light from darkness in the Sistine Chapel. Neurosurgery, 66(5): 851-861.